Betta fish flaring is a healthful expression if it appears a little daily. It may be an aggressive response if longer than a minute, which would result in a stressed-out fish. These flares are expected to show power or excitement due to healthy stimuli. 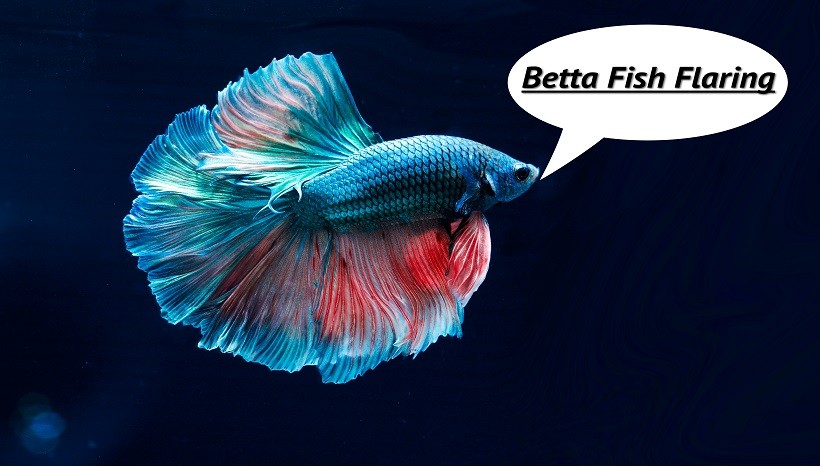 Betta fish flare gills may be threatening their intruder. They seem twice their volume when widening their gills.

Betta Gills at me

The Betta fish enlarging up his gill flaps is very common. Betta fishes flaring at owners mostly when something in their domain pretends a danger to them. It could be a tankmate, different betta or seldom their own reflection scared them.

This threat to their zone is often so stressful that most of the time they cannot even eat. Betta fish flaring at me also means that he/she is striving to impress you.

Female bettas are semi-aggressive as compared to male bettas are more aggressive. So, it is common for betta fish to flare a lot at each other. Females don’t need to claim dominance over one another.

Betta fish is stressed out or becomes angry due to several situations. Sometimes it becomes wild and betta fish flare at each other due to being threatened by their domain or seeing one’s reflection.

More often they become aggressive with their tank mate because they are feeling inappropriate.

Betta fish flares at food to soften it or try to break down (a mechanism) the food. Flaring at food may sometimes induce anxiety for your fish. Stress weakens their immune system causing your fish to be sick or down.

Male Betta Fish Flaring at each other

Two male Bettas should never be kept together. Male betta fish flaring constantly at each other may cause the death of one fish as they are defending each other against their domain.

One of the males ultimately strengthens off. If any of them deny to back down, a fight will happen which may point to the death of the opponent.

When one male and few female bettas are put together in a tank, you may notice that they flare gills at each other. It symbolizes pre-spawning and loving behavior if the male betta has built a bubble nest in the tank already.

Bettas are freshwater species only found in freshwater habitats, usually flare their gills and stiffen their fins as a sign of defensive posture that is a warning indication before they attack rivals to save their territory.

They look effectively much bigger in size and dominant during flaring. Betta may also flare naturally in the state of excitement when you come to play with them and at feeding times.

1. Why do betta fish flare?

Betta fish flare mostly when they are happy because of a healthy stimulus or when they feel their domain in danger. It is also very common at feeding times or when you come into the room to play with them.

Flaring is very disturbing for your betta fish. It may be because of a human passing by their tank or any other fish in the tank.

One can teach his betta fish to do a lot of things like following the finger, eat from your hands, playing soccer, and even jump out of the water, etc. with a little persistence and stamina. Also, reward your betta with a piece of food whenever He/She responses to you.

4. Why does my Betta fish keep flaring?

The most common reason betta fish continue flaring is they pose a menace to their territory from a tank mate or by their reflection.

5. How to stop my betta from flaring?

The only way to stop your betta from flaring is to turn off the tank lights and switch on the room lights as it is the best way to suspend their reflection. And also it lessens stress and also helps them keep calm.