Yes, guinea pigs can see in the dark. You might be wondering if seeing in the dark is almost impossible. But naturally, some animals and birds are made in such a way that they can see without the help of light. However, some researchers also predict that guinea pigs possess eyesight, which can see at 340 degrees of vision. This statement is contradicted by other researchers. Their eyes with 340 degrees of vision make them relax, as they can see and have a clear check on their surroundings without moving their heads. 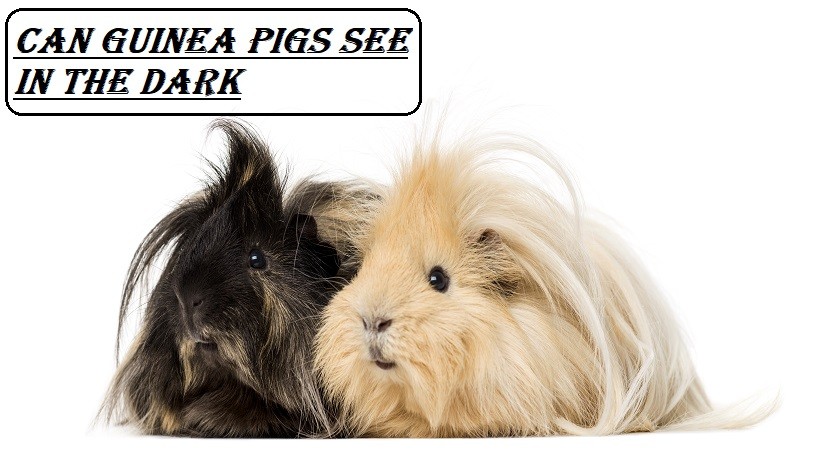 Guinea pigs possess exceptional eyes which helps guinea pigs more than a lot especially. When they are living in the wild, they are one of the favorite prey for the predator. Their unique eyes which can see through the dark are super beneficial for them from escaping the danger and becoming the prey of any predator. Therefore, they are very comfortable while they are in the dark.

Guinea pigs don’t need light at night time. They have a great power of vision which ultimately helps them in twilight hours, and they can see through the dark.

Most guinea pigs keepers are unaware of the eyesight ability of guinea pigs. They mostly leave the light on at night for them to see and that’s completely unnecessary. Leaving the light on with intense power gives the guinea pigs it is not midnight, it implies the daytime could distract their body.

How Do Guinea Pigs Sleep?

Guinea pigs just love to sleep and relax, especially at night time. But sleeping timings and sleeping patterns of guinea pigs are quite strange. Rather than sleeping long just once or twice a day, they choose to sleep in the form of short naps. One short nap timings range in between approximately 3 – 10 mins.

Guinea pigs, although they like to spend sleeping time in the dark. This does not mean that they didn’t spend time in daylight. They also carve their time out in the daylight to have a short nap. Guinea pigs like to sleep in the dark so even in the daytime, they hunt for the dark, and where there is low light available, they sleep there. Although being crepuscular creatures, they can still spend their time in the light. It is not that they hate the light, it’s just naturally that they like the dark.

Can Guinea Pigs See Their Food In The Nighttime?

Do Guinea Pigs Sleep With Their Eyes Closed?

Well, mostly no, it is very rare that guinea pigs will tend to close their eyes while sleeping. Guinea pigs have a strange characteristic that they sleep without closing their eyes. When guinea pigs are sleeping, it looks like they are memorizing and enjoying some cherishable memory from the past, but this is exactly the opposite.

Now, this statement is also not correct that guinea pigs always open their eyes when they are sleeping, they also close their eyes while sleeping. This is considered as one of the most loved moments for guinea pigs. Predators hunt for their prey even if it is hiding somewhere or sleeping.

Do Guinea Pigs Sleep With Their Eyes Open?

Guinea pigs are more alert at night because they are dizzy in the daytime. They possess pretty great vision, meanwhile, the far-seeing ability of guinea pigs isn’t good enough. They can roughly see 2 – 3 meters away even at night time. But within this range, what they see is crystal clear irrespective of either daytime or nighttime. When petting a guinea pig, it is better to give them a proper cage to enjoy and play there. A bit of wide cage will go perfectly well. Must turn off the light of their cage at midnight. They love to sleep in the dark with their eyes closed.