Although it may seem a ridiculous question to ask, do you know what a fish is? Well, the straightforward answer that any layman would put forth is that of animals that live in water. However, that is not entirely the case.

Whales are enormous creatures that reside in the seas and oceans. However, they are not fish. So is the case with dolphins, seals, and walruses. Astonishing, right? If that baffled you, then buckle up as we dive into the world of water to figure that out.

What is a fish?

First, let’s establish that not every animal in the water is a fish. Speaking of the animals that I mentioned prior, they have lungs, their young feed on milk, and although little, but they have hair. Therefore, the best way to classify them is as marine mammals. Surprisingly, they much closer to us than fishes.

Now, let’s get back to fishes. Fishes are cold-blooded aquatic animals that breathe through gills and give birth through eggs. Although not all, some have fins to help them move. So there you have your fish.

What are the different features of fish?

Fishes are a different and diverse set of living creatures. No wonder it is so hard to group them as one. However, every fish will have a head for protecting the brain, along with the mouth, eyes, and teeth.

The fins are the limbs that help them move in water, and they are present in pairs. Also, instead of lungs, the gills help them with the breathing. Except for hagfish, most fishes have a vertebra protecting their spinal cord.

What are the different types of fish? 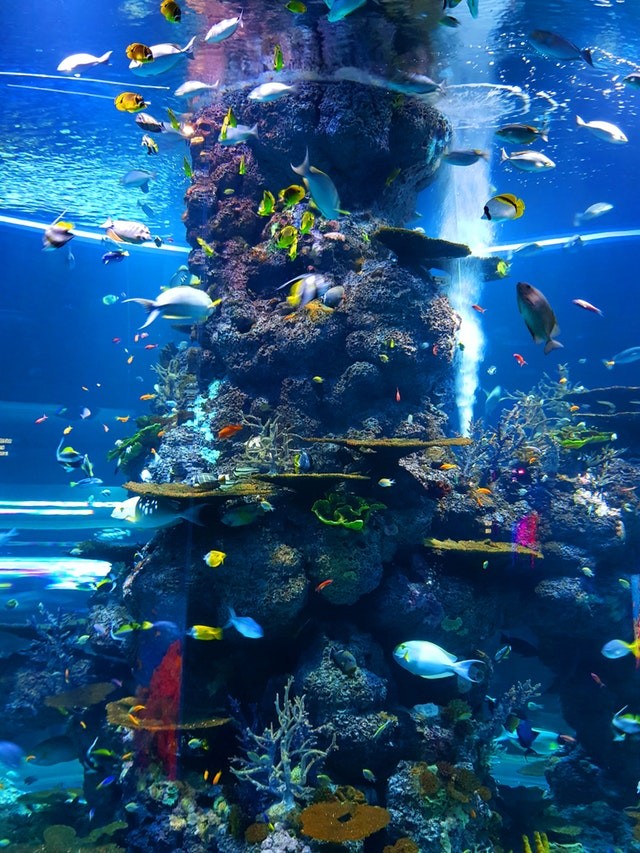 Fishes can be as small as the cyprinid fish at merely 8 millimeters, or they can go as far as 12-meter-long sharks. Although the differentiation is doable in several ways, we look at the three main classes.

These are the most primitive, and the most scarce of all the classes. Agnatha fish have a circular mouth instead of a jaw. However, the presence of sharp teeth makes them a deadly predator.

This class has sharks, rays, and skates in it. Despite the lack of bony structure, cartilage holds the body together.

Only speaking of sharks, there are over 400 species. Talk about the variety!

These are the bony fish. They have more than 20,000 species making them the largest of the vertebrate groups!

Most of them have jaws and teeth. However, some bony are toothless.

The world of the water is far too deep, and there is a lot of research that Is yet to be done. In extant, there are over 28,000 different species of fish, out of which the majority is that of bony at 27,000. What I have given you is only the surface. Well, now you know what to call a fish!

If you want to read more thing about fishes please visit our site Petshoods.