“Finding Nemo” came out in 2003, yet it has a special place in our hearts even today. Since the release of the movie, clownfish and blue tang are popular choices for aquariums. Although the hunting imposes a serious threat, people still can’t get enough of the adorable fish. Now you know about “What Kind of Fish is Nemo?”

In the movie, Nemo and his father, Marlin, while living happily in the sea anemone, undergo a life-changing accident. If you haven’t seen this classic, then you should go and watch it first.

Today, we are going to find out more about Nemo and his dad. You will get to know what fish they are and how they live.

What is the species of Nemo?

Nemo is a false clownfish. The proper name for the species is ocellaris clownfish, and the scientific name is Amphiprionocellaris. They are also called the anemonefish because they live in them and rely on them for shelter. The movie got that right!

The fish are orange with three white stripes with an average size of 3 to 4 inches.

Where do the clownfish live?

The sea anemones, or the Nemo fish, live in the coral reefs. They are present in the regions of Australia and the Southern Japanese Coast.

Clownfish live in the anemones, hence the name anemonefish. The anemones have toxic tentacles to trap the food. However, the clownfish are immune to it. A symbiotic relationship is present here. The sea anemone offers food and shelter, while the clownfish brings back the food and keeps it clear of parasites.

The anemonefish do not wander around for food. Concerned about their safety, they don’t go far from their homes. The anemone brings their food to them.

What do the clownfish eat? 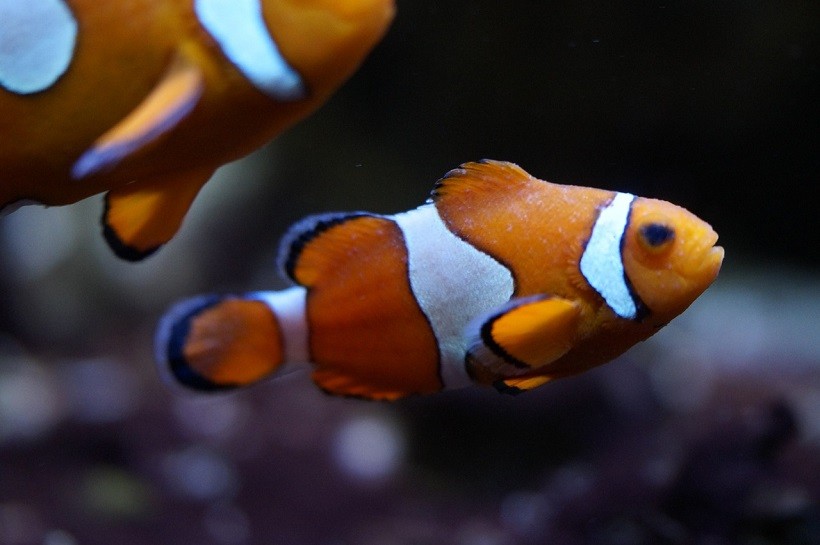 Clownfish eat both plants and animals. Hence, they are omnivores. Their food consists of worms, shrimps, prawns, and other crustaceans, zooplankton, and algae.

The movie did not get this one right. Marlin stayed a father. However, in reality, he would’ve been Nemo’s mother after the barracuda attack. Confused? Allow me to explain.

Clownfish are hermaphrodites. This means that they have both male and female qualities. The male fish can change into a female. However, once they’ve changed their gender, there’s no going back.

If an event of female death occurs, just like in the movie, then the male clownfish has to step up and take the role. The newly converted clownfish then has to mate with the male counterpart to lay eggs. They do it to preserve their generation.

Interestingly, after laying eggs, the male clownfish look after the eggs, while the female is on the sanctuary, looking out for predators and alarming the other fish.

Despite the “Nemo Effect”, the clownfish are not in the endangered list. However, with the destruction of coral reefs, nothing can be said about the future with certainty.

If you raise them in a tank, then they are less aggressive than the wild-type counterparts. The reason is that they don’t have to fight for their anemone or mating partner.

Now you know the complete about “What Kind of Fish is Nemo?” If you want to know about more fishes please visit PetsHoods.