If you swim, you might’ve wondered, “Why do I get so tired, but fishes keep on swimming hassle-free?” Fishes have to live in water their whole life. So, by nature, their design is the best to keep them there. So now you are going to know about “how do fish swim.”

You, on the other hand, are best adapted to live on land. However, fishes have to do their best to live underwater.

So, today you’re going to find out the way fishes swim, and effortlessly so. Let’s dive in!

How do eels and other snake-like fishes swim

First, let’s talk about the fishes that don’t look typical. Nonetheless, they are fishes.

Related: Biggest Fish in the World

It may seem that they have no fins. However, they have a very small one at the end of the body. It is not very useful in helping them move.

What moves the eels is the propulsion which forms a wave-like pattern. The propulsion comes from their bodies as they push themselves through the water.

How do other fishes swim? 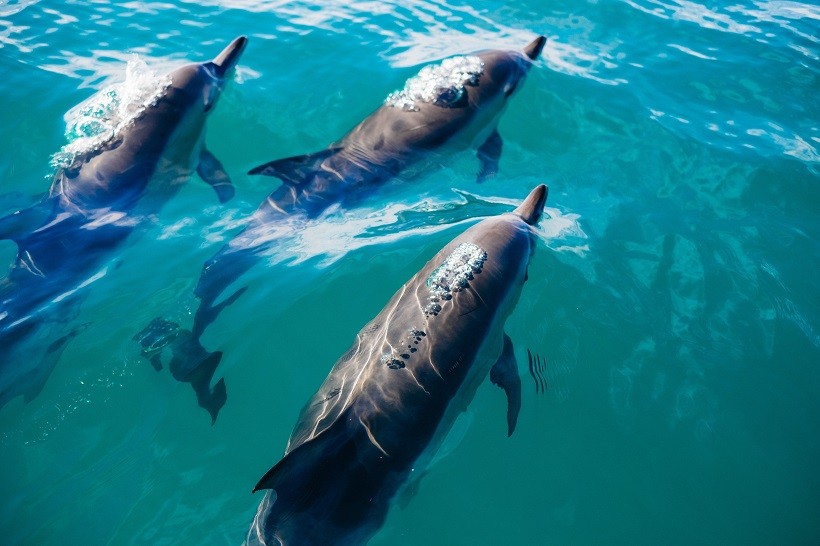 Fishes have a streamlined body. It makes them super-effective against the water currents. Additionally, they have their tails, or caudal fins, which help provide the “push” underwater.

Also, there are other fins, and some of them are in pairs. However, their job is not to push, but to steer the fish in the direction it wants to go. In total, there are five types of fins.

Now that you know what the fins are and what they do, let’s see how the fishes swim.

First, the fish flexes its body back and forth. Consequently, the caudal fin also motions to generate a wave-like force. The force pushes the fish forward. The rest of the fins help to stabilize the body and steer it in the direction where the fish wants to go. These are complete things about who do fish swim.

Fun Fact: A group of fish is called a school or shoal.

1. Why do fishes swim in schools?

Fish have it in their genes to protect themselves from predators. Traveling in schools helps them in doing so. Also, In a group, they can better search for food and swim efficiently.

2. Can fishes swim without fins?

Fishes can swim without the fins by exerting a force within their bodies. However, they’d be slow without them.

Hopefully now you get the ans of this BIG question “Who Do Fish Swim” If you want to read more about fishes visit Petshoods.