Black-bellied ducks are the huge ducks also known as Black-Bellied Tree Duck. These are the whistling ducks with a long-necked and red bill. Moreover, this duck has long red legs with a black belly and gray face. This duck has a chestnut body with a white patch on the wings. These ducks are somewhat similar to the goose like duck. They use their broad wings during flight with the long neck and hunching the back. 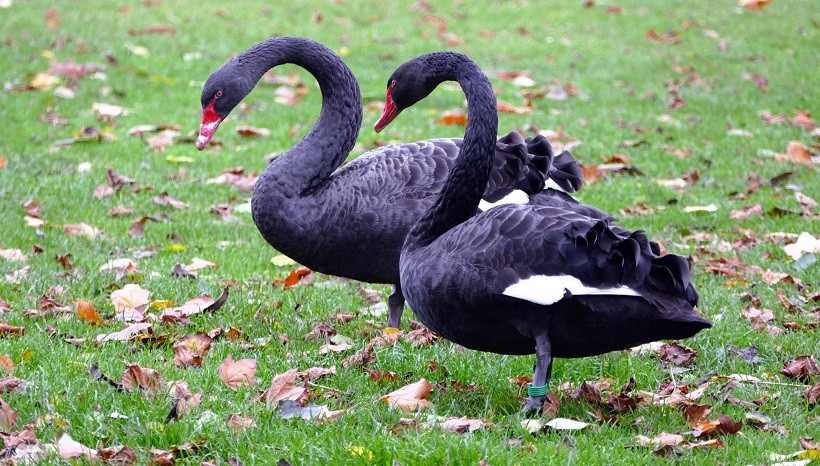 The Black-Bellied Whistling Duck is also known as Black-Bellied Tree Duck. However, the ducks are waterfowl species mainly found in the South US and tropical South America. It is the common breeder in Florida. This duck is also called Mexican Squealer in the southern part of the USA. They prefer to live in the nest as compared to water. However, the nests of these birds are in some elevated sites with good ground cover. They can easily adapt to the human habitats and mostly feed on the waste grain found in the agricultural fields.

These are also called tree ducks and considered as the subfamily of swan and goose. As their name implies they produce different whistling sounds. The buzzing sound is produced by them during flight. These birds have a soft yet high whistle with long notes while swimming, standing, and flying. They belong to the species of ducks with long legs, neck, and make a sound. These ducks are social but have aggressive behaviour. The male and female are easily distinguishable due to behaviour and plumage. Sometimes they prefer to take rest in trees or to walk with upright posture. They mostly make a nest in the hollow site of trees or ground sites are mostly used by them. In some areas of America including Coastal Texas people love to feed these ducks.

The landowners attract hundreds of whistling ducks on the go by showing the corn near lakes or ponds. The body weight of adult whistling duck is 1.4-2.2 pounds. The body length of these ducks is from 19-22 inches. They can stand erect for hours as compared to other breeds. The sound produced by these birds is quite vocal. The feeding time of these birds is at night but they can also eat in the daytime. They live in pairs and both of them share the duties. The ducklings stay with the parents for at least 8 weeks.

The diet includes seeds and grains. They can feed at day time or night on land. They mostly go to the harvested fields to eat the waste grains. The diet of these ducks includes grasses, seeds, smart weed, and some other plants. However, they also eat snails and other small insects.

These are also known as Fulvous Tree Duck. They are the species of whistling ducks. The fulvous Duck has long neck and legs mainly found in the freshwater. This duck has caramel brown plus black color with a peaked head. Moreover, the duck has a pump body, cinnamon underparts, and white lines on the side of the body. The back of this is dark-colored and has a cinnamon head. They live in the freshwater wetlands or the flooded fields and hold the neck low while flying and act more like the swans and goose. They are the summer residents in Texas. The breeding season of these ducks is from May to October. They love to eat a diet rich in moist soil and seeds.

These ducks breed in Africa and South America. These are the striking with a white plus blackhead. The White-Faced Whistling Duck has a rufous breast, barred flanks, long neck, and legs. It has a goose like appearance. One can find this on freshwater marshes, lakes, and rice fields. They have bold patterns and love to eat grass, seeds, aquatic mollusks, and plants. These are known as White Faced Whistling ducks due to the high pitched sounds. They have a habit of perching in branches and trees.

Moreover, it has a black-white head with reddish chestnut-brown breasts. These made a nest in the ground of tall trees mostly. They live in pairs, small groups, or colonies.

They are from the duck Family Anatidae found in the southern Philippines, Wallacea and New Guinea. These are the small ducks with pale spotted necks and breasts. Spotted Ducks found in lagoons and coastal wetlands. The wings of these birds make a sound during flight. They make a nest in the hollow trees. It is not easy to distinguish between male and female due to similar size plus appearance. The voices of these ducks are “Jack” and “Wheel Low”. These ducks live in the swamps, pools, marshes, creeks, and rivers. The diet of these ducks includes grass seeds and snails.

These ducks breed in the Caribbean and are also known as Black Bellied Whistling Duck. These are the rarest ducks widely distributed in the Caribbean island nations. The duck has a long neck and walks with an upright stance. It has a brown colour with black and white patches on the neck. These ducks are active at dawn plus dusk. Their nest is mostly on the ground. The duck has dark brown to black crown, back, breasts and wings. The under part of the duck is white with black markings.

These ducks have soft sounds with first longer and the several following notes. It has a high whistle while flying, standing, or swimming. The duck product chit chit chit sound during flight or when start flying.

It is not hard to keep them as a pet. All you need to provide is the food source like plants, grains as much as they require. There are plenty of bird shops that offer these ducks on sale. Moreover, the cost of the duck is almost $315. One can find the ducks easily from South American shops or any other birds’ shop available online. Moreover, you can also check to your nearby bird shop if the duck is available for sale.

If you want to know more about pets visit petshoods.