A turtle can’t survive without its shell, the same way humans and other animal species cannot live without their skeletal system. It is uncommon for any shell animal to come out of its shell as they are attach to it. It is made up of bones, skins, blood vessels, and nerve endings. 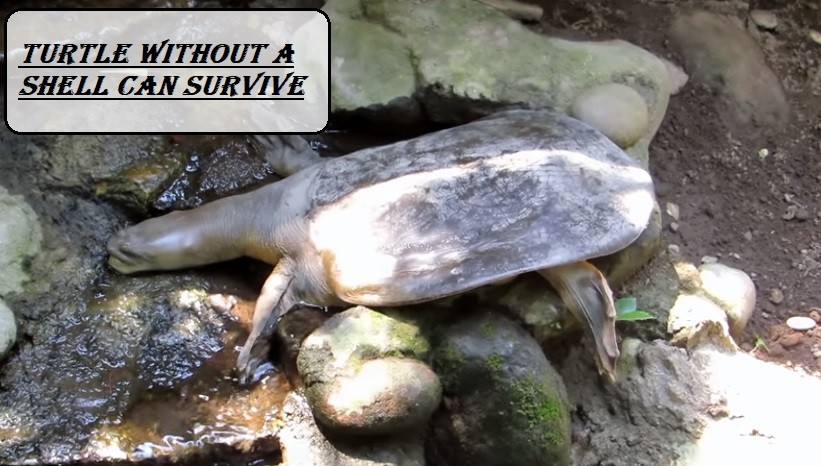 Turtles without shells are unable to persist for the following main reasons.

The turtle shell is an inherent organ. Young hatchlings are born with shells that behave even as a defensive shield. It safeguards all body parts, including their head, sometimes. They are cold-blooded reptiles found all over the world. Their bodies are enclose in a bony, water-dynamic shell.

The top part of the shell is called Carapace and the bottom part is known as plastron. Plastron and carapace are collectively made up of bones and cartilages. These are strongly merged through the moveable joint of the plastron.

The carapace (hard shell) is counted in the exoskeleton, which contains blood vessels, and nerves ending. While the plastron proceeds as a protective shield for the ventral side.

The plastron is a fusion of 9 bones including the collar and some of the rib bones. The carapace contains about 50 to 60 bones within the ribs and vertebral column.

The carapace is cover with scuttles (scales) along with ribs and spines are attach. These scutes are the same as a human’s nails and hairs. 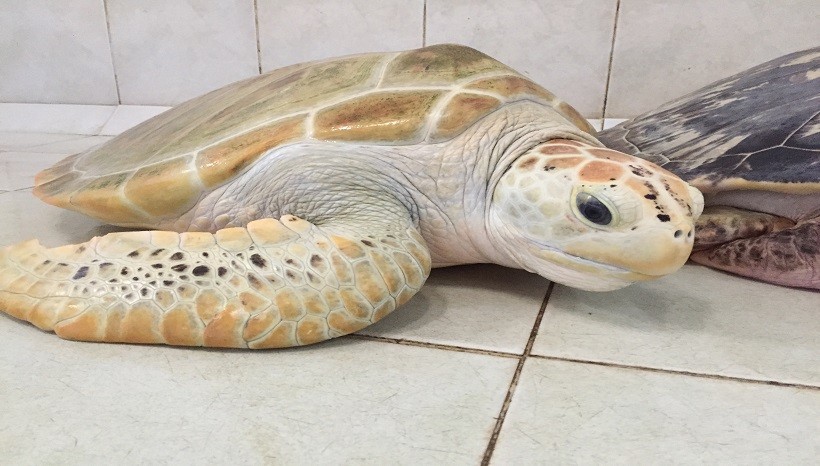 This species can differentiate from one another depending upon their shells. The turtle shell is a protection shield that safeguards most of its vital organs. Different types of turtle species exist throughout the world with a variety of shells. Most turtles lack scutes. The plastron pattern and color of one turtle may vary from another. Some have bright-colored shells, others brown or black, etc. Snapping Turtle shell comes in a set of dark colors.

The carapace of the turtle is attached to their ribs and spinal cord. Like most shell animals, it is not viable for them to leave its shield or move freely. Their shield protect them from predators in the wild.

It act as a strong defensive sheet. Whenever they feel a threat around themselves, they hide their head and feet under their skeletal box rapidly. This Bony box-like is hard enough to break by the predators.

Another facts about their shells is, it is difficult for them to respirate because of their rigid bony structure. They require the adoption of various methods to inhale or exhale the air.

Otherwise, their respiration depends upon the sling muscle attach to their shells. This muscle assists the turtle to inhale or exhale the air without contracting or expanding the lungs.

Are Turtles Born With Shells?

They are born with a soft and delicate shell as compared to strong adult shells. These shells yet provide a fair defense to young juveniles against various life-threatening situations. Shells develop with the turtles as they grow.

Their shells are inborn biological structures like other body parts. All shell animals, including turtles and tortoises, having a hard fixed external layer on their body, are born with it. So, a baby turtle without a shell is a wrong myth.

Can Turtles Leave Their Shells?

A turtle without a shell can not survive. It is a misconception that they can survive without Sell. It’s as important to a turtle as carapace to other reptiles.

Turtle shell consists of skin, spinal cord, ribs, blood vessels, and nerves ending. If these parts of any living organism are tried to remove or open, it can severely hurt the animal. However, Their shells are broken or start to bleed after an injury.

They also get cracked or fractured badly from falling through a height. Still, you are not allowed to try any turtle comes out of the shell. It will be painful for them.

Can turtles Survive A Broken Shell? 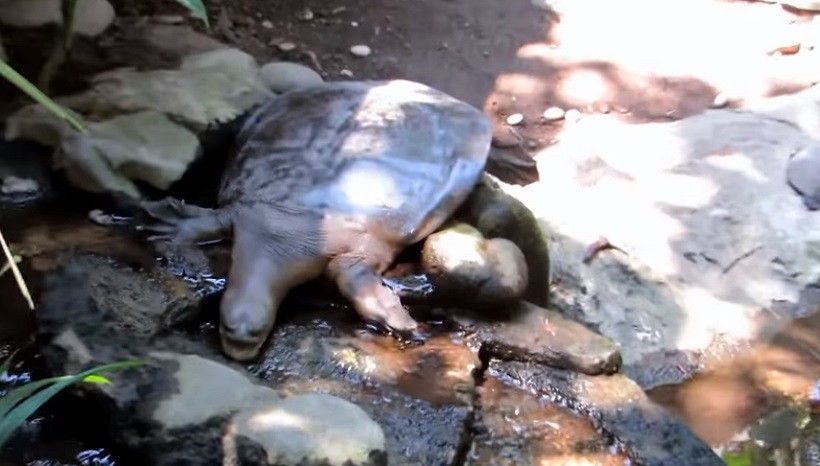 Broken shells often occur due to ulcers or shell rots. Bad sanitary conditions, a dirty environment, improper diet, and poor tank facilities cause ulcers all over the turtle shell.

Water is fungal and dangerous for injured body parts. It seriously infects the broken carapace of the turtle.

During the dry-docking process, feed your turtle with water from time to time to keep them moist and well. An unhealthy shell can also be recover by a good amount of calcium intake in the diet.

If a turtle’s break or cracked shell remains untreated, it might result in serious death-sentenced diseases.

Can A Turtle Shell Repair Itself?

They have natural healing properties. If a turtle shell gets broken or injure, it can repair itself with time. It takes a minimum of 30 months, approximately two to three years to heal properly.

Their shell is a mixup of bones, cartilages, spines, ribs, blood vessels, and nerves. These all are made up of natural, living organic compounds. Turtles have shells the same as humans have skin, hairs, and nails. Body parts can heal themselves on their own.

UVA and UVB light is beneficial for maintaining a turtle’s health and best to summon and use calcium. A turtle must be allow to spend a few hours daily under the sun to absorb enough UV light.

Turtle shells have the ability to absorb UV light and heat. Their body synthesis Vitamin D from this absorbed UV light. This vitamin D then turns into Vitamin D3 which is a best source of calcium for turtles.

If a turtle possesses a broken shell, its shell will not be able to absorb sufficient amounts of UV light. Vitamin D and calcium in their body will then reduce drastically causing Metabolic Bone Disease (MDB).

The shell of a turtle is made up of living components. As we know, the spines and ribs of turtles are connect with the keratin layer (scutes) of the exoskeleton.

Their carapace also has nerve endings and blood vessels that can be damage by infection or accidental injuries. Their shell can go through many problems.

Some common problems are:

Turtles are cold blooded amphibians. Their body is enclosed in a hard bony shell. The shell consists of two parts: a plastron and a carapace. Shell is as important to a turtle as other body parts.

1. Can a turtle survive without a shell?

A turtle with no shell can be the same as a human and animals without skin and bones. Shell not only supports the skeletal system of the body but also performs a variety of functions. They protect the internal organs of the body, act as armor for turtles against predators, absorb UV light and heat, etc.

2. Can a turtle come out of its shell?

The major organs of a turtle’s body are attach to its shell. It is not possible for them to leave or come off their shells. An animal cannot survive without its vertebrae or ribs. Turtles have hard rigid shells in which the spinal cord and ribs are enclosed. Turtle out of shell means unable to live and ultimately die.