Before the life of a frog starts, it is a tadpole. However, even before that, there are tadpole eggs. In this article you can read about “What Do Tadpoles Eat?”

Before a tadpole can turn into a frog, it has to gather food. The whole process requires energy. Eventually, the tadpole garners enough to become an adult frog.

In the growing process, be it the pet(s) or the ones in the wild, the tadpole food is crucial.

So, what do tadpoles eat? Let’s find out!

Before we get into their diet, you must have some tadpole info. Frogs are amphibious animals, meaning that they can live in both land and water. Their life kicks off as tiny and jelly-like tadpole eggs.

Although frogs can live in both land and water, they lay their eggs in the water. Also, the tadpoles can only live in the water. So, if you ever have to take them out, make sure to keep them moist.

While in the eggs, tadpoles have sufficient food to last them for weeks. However, when they hatch out, they have to start looking for food.

What do tadpoles eat? 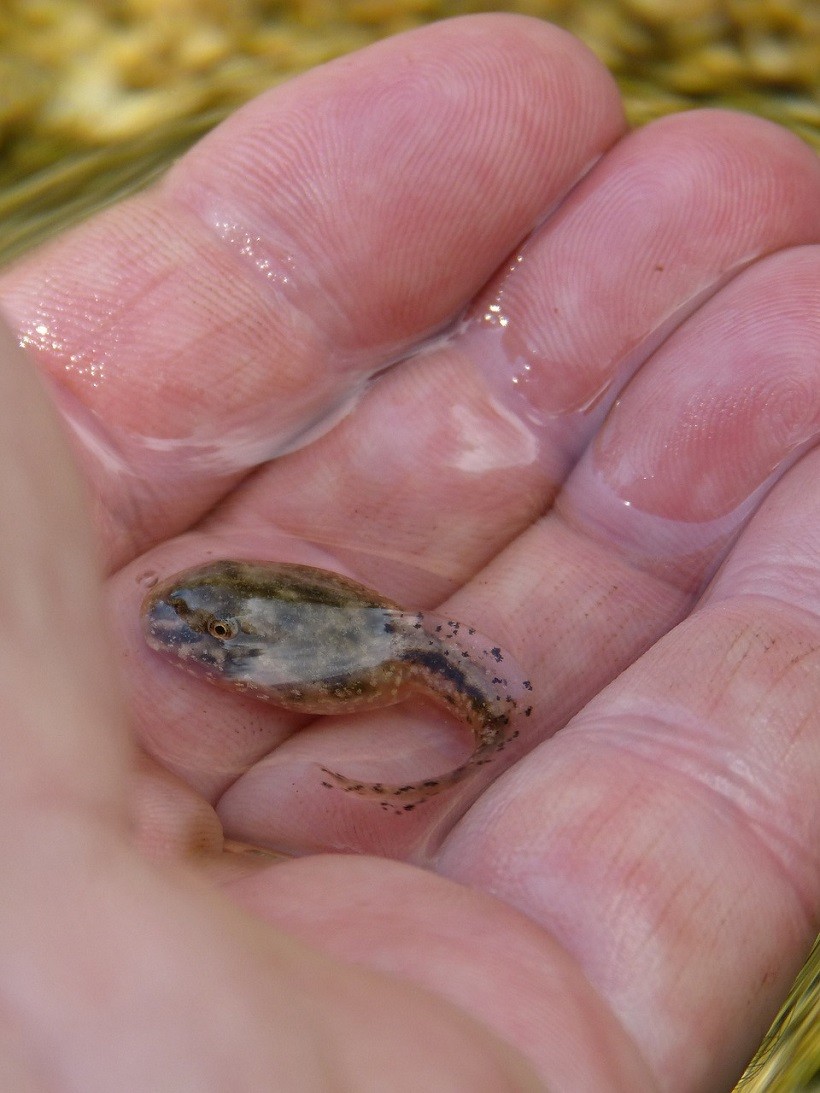 Tadpoles eat from a wide variety of foods. First, they feed on their egg yolk for the necessary proteins. Once that runs out, they are out in the open and on their adventure for food.

When the tadpoles come out of their eggs, the only options they have are the things in the water. So, in the aquatic environment, tadpoles feed on tiny plants and algae. When they get older and bigger, they start to feed on animals, like little insects, worms, and other larvae.

As pets, the best food for them is boiled cabbage and lettuce. Make sure that you chop them up nice and fine. The calcium and protein content helps them grow strong legs.

Other foods that you can consider are broccoli, spinach, and eggs.

Preparing foods can be tiresome. Nonetheless, you can buy tadpole food from the market or any pet store. They have all the nutrients, but still, you should check the label. There are different foods for the early and late stages. The latter one is more nutritious because the tadpole has to grow stronger at that point.

Tip: If you can’t find tadpole food, then baby food is the best alternative.

To become a frog, the tadpole has to eat, and it has to eat right. First, they feed on their eggs, then on plants, and eventually on tiny animals.

So, if you plan on keeping tadpoles, be sure to provide them with proteins. The best sources are leafy vegetables and eggs. Nonetheless, if boiling and preparing seem hard, you can get them ready-made tadpole food.

If they don’t find anything, then they start eating each other!

Yes, you can feed them bread crumbs as long as it fits in their mouths.

2. What do bullfrog tadpoles eat?

In the wild, bullfrog tadpoles eat the plants, algae, and tiny insects around them in the water. In captivity, you can feed them almost anything.

3. When to find tadpoles?

The frogspawn or the eggs appear in March, and they hatch in some time from April to May. When they hatch, you get tadpoles.

Now you know complete details about “What Do Tadpoles Eat?” If you want to read more about pets visit PetsHoods.