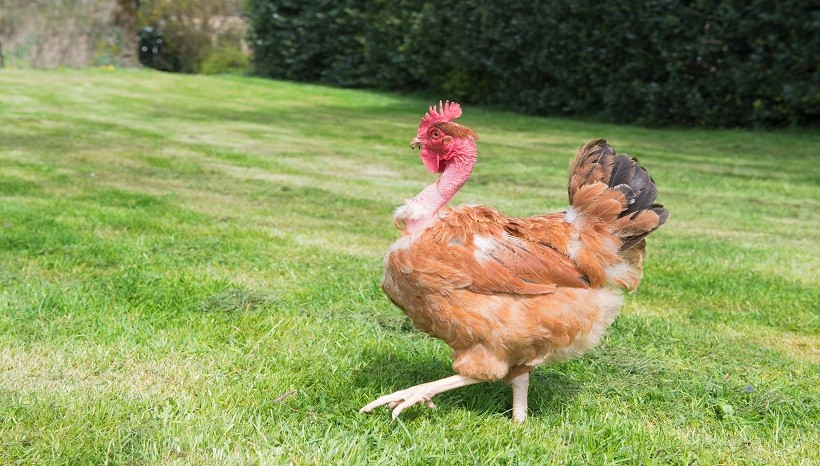 Naked neck chicken is such a bird that can be amazed at anyone at a first glance due to its unusual appearance. A fatherless bird from neck to breast and around the vent but although there is a plumage found on the top of its head. Naked neck chickens are not easily found all over the world. They are uncommon in the United States but common in Europe and widespread in South America.

There are various varieties and color schemes are found in naked neck chicken such as white, black and dark slate-grey. But the white one is the most common type of naked neck chicken among all of them. They are considered as a good performer in egg production all over the world. Naked neck chickens are hardy, calm, and resistant in nature. They grow much faster as compared to other chickens.

If it comes off the color of their eggs then they are usually found in brown or cream-colored, but sometimes white shells may also occur as well. While seeing naked neck chickens many people think that what’s wrong with them and why are they like this? But when they realize its original worth then they know that they are born without feathers.

If we think about its original size then they would be found in large size but sometimes it comes in a bantam size too. Naked neck chicken weighs around 7 lbs, which is considered as suitable for meat and egg production. People who see them the first time think that they have some dangerous disease. This is why they lack feathers.

While their featherless body makes them a hybrid in look but even then, they are known as a dual-purpose chicken breed who have the ability to make the production of eggs and meat better by using protein which they have.

As they are good layers so that’s why they can give 3 eggs per week for their owners. Besides, they can lay medium and light brown eggs in the era of one year. Their eggs are fairly good to eat as an omelet, poached egg, or a half fry egg as per your choice. They can lay fine eggs under suitable conditions.

But due to the lack of feathers they require some sort of extra care and protection in winter, they need a warm and cozy place where they could lay eggs easily in winter. Luckily, they can protect them without any shelter and protection in the hot climate.

When it comes to the meat of naked neck chicken then you don’t need to worry about it because it is the same as other ordinary chicken’s meat. In fact, it is such a type of bird that doesn’t use its energy in the production of feathers which means its all energy is used in the good production of meat and eggs. Farmers who have naked chicken on their farm, they feel much comfort and ease while plucking them out.

Even the butchers who sell the meat of naked neck chicken in their farm, they also feel less difficulty and ease while slaughtering than ordinary chicken breeds. 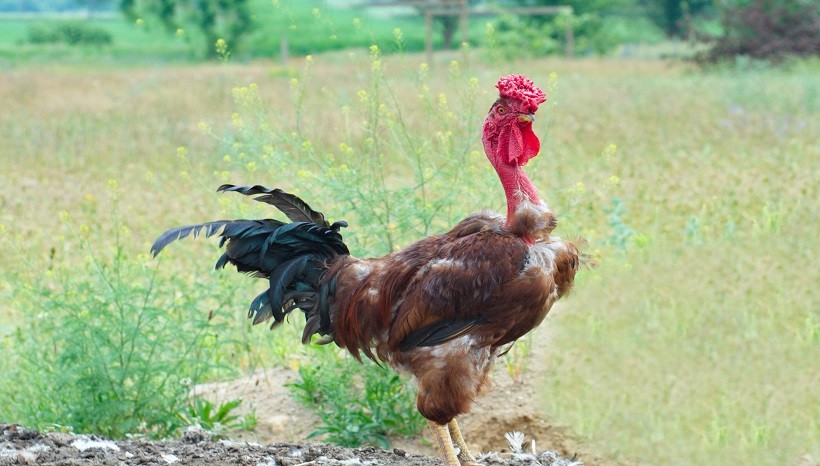 This chickens want to get a free-range area for walking and sitting around. They always find the best vegetation area around your backyard and when you provide it what they want then they are so glad to walk around the entire garden. They can’t live in a specific range or area and they always prefer an open area or forage for their food.

Naked neck chickens can’t defend themselves with their feathers so they use their little legs when they feel the danger in their surroundings. Because they only have two few feathers able to get support in a proper flight. By having naked neck chickens in your backyard you will not have to worry about them fleeing because they don’t have enough feathers to fly at a far distance.

The temper of Naked Neck Chickens

Despite their unusual appearance they still can be considered as a useful and magnificent bird in your backyard. They are cold hardy and can have a hotter season without any hassle. If you only consider the benefits that you can get from them then you will probably ignore them to bring them in your backyard