The underwater world is home to a million different animals and plants. However, we are yet to reach the end of diversity. Amongst the species, the majority is that of the fishes. Here you can read about Types of Fish.

Fishes are one of the most diverse groups of animals in nature. There are 200 different families among them.

There is no one way to classify and sort them. You can divide them based on their habitat, life period, size, eating patterns, and many other factors.

Scientists are still finding new forms of life in the seas and oceans. Yet, we are still to explore 90% of the ocean.

Let’s dive right into the world of fishes and find out the basic types.

But first, let me ask you,

Although it is a simple question, the answer is quite complicated. Not everything underwater is fish. Let’s put it this way, fishes are animals that live in water, are cold-blooded, use gills to breathe, and lay eggs.

Now that you know, you can eliminate dolphins, walruses, and seals from the fish category, in case you had them there.

For simplicity, we will be taking a look at the four basic classes of fish. If we dive in deeper, there’s a whole world out there. It might take a lifetime. However, for now, the four basic types of fishes are: 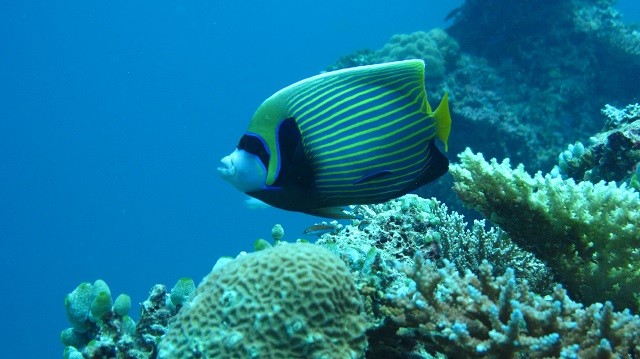 Jawless fish are the oldest of all fishes. It is debatable among scientists whether to call them fish or not. They have no bones, no jaw, no fins, and no scales.

What they lack in a jaw, they make up for it with the oral sucker. They use it to grab their prey and feed on them. Also, they have soft and smooth skin which is very flexible.

As they are the most primitive, they are less in number today. Currently, there are lampreys and hagfishes which make up the jawless population.

Cartilaginous fish have their skeleton of cartilage instead of bones. Nonetheless, they evolved from the bony fishes.

Cartilaginous fish were the first ones to develop paired fins for locomotion. Also, they have scales that are as rough as sandpaper.

This group of fishes has over 980 species. Among them, the ones you would know are various types of sharks, rays, and skates.

Fun Fact: Only among sharks, there are 400 different types!

The group of bony fish is greater than the cartilaginous ones. What sets those apart is their skeleton of bones.

They have lobes in their paired-fins. Scientists believe that these fins gave rise to the limbs that we have today.

The examples that you can find today of bony fish are the lungfish, the Atlantic sturgeon, and the bowfin to name a few.

Teleosts are the modern forms of fishes. There are over 30,000 species that form 96% of the entire fish population.

Teleosts are similar to bony fishes. However, unlike bony fish, they can move their jaw.

They are present almost in every aquatic environment, from freshwater to deep-seas. Among them are the famous fishes that serve as food or recreational animals.

Teleosts that you are familiar with are tuna, trout, sea horses, carp, anchovies, and eels, just naming a few of them.

Currently, there are over 34,000. However, different sources have different data.

2. Which ocean has the most fish?

Pacific Ocean is the largest ocean and home to over 70% of the fishes.

If you want to read more about Types of fish please visit petshoods.