When I was a kid, my cousin asked me this brain teaser, “There are 5 fish. If three of them drown, then how many are left?” 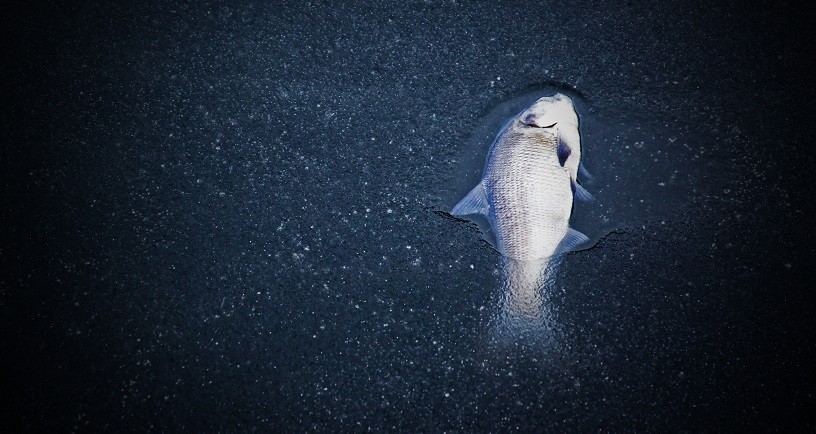 I was brighter when I was a kid, so my response was, “No, fishes can’t drown, silly!”

Well, now that I think about it, I should’ve given it a bit more thought. Now that you’re also wondering the right answer, let’s find out!

First, allow me to elaborate on the term “drowning” for a better understanding of the question. One drowns when there is water in his or her lungs. Consequently, there’s less oxygen and more water.

Except for some anaerobes, who don’t need air, oxygen is crucial for every creature. So, fishes are practically in water all their lives, how do they get oxygen, and why do they not die from the water around them?

Let’s answer those questions, then we can crack whether the fish drown or not.

How do fish get oxygen?

In water, the oxygen content is way less than air. So, fishes need a special system to get their oxygen.

Fishes do not have lungs like other animals. Instead, they have gills. Fish get water through the gills. Then, the gills extract oxygen from the water. Also, gills let the water take the carbon dioxide out of their bodies, and that’s how they breathe.

So, Can fish drown?

We, the humans, drown when there’s water in our lungs. Whereas the fish take their oxygen from the water, thanks to the gills. Therefore, it is practically impossible for the fish to drown.

So, there’s the answer, fish cannot drown. Interestingly, fish can die from inhaling water. However, that happens when there is no oxygen in the water. Still, technically, that isn’t drowning.

Why do fish die in water? 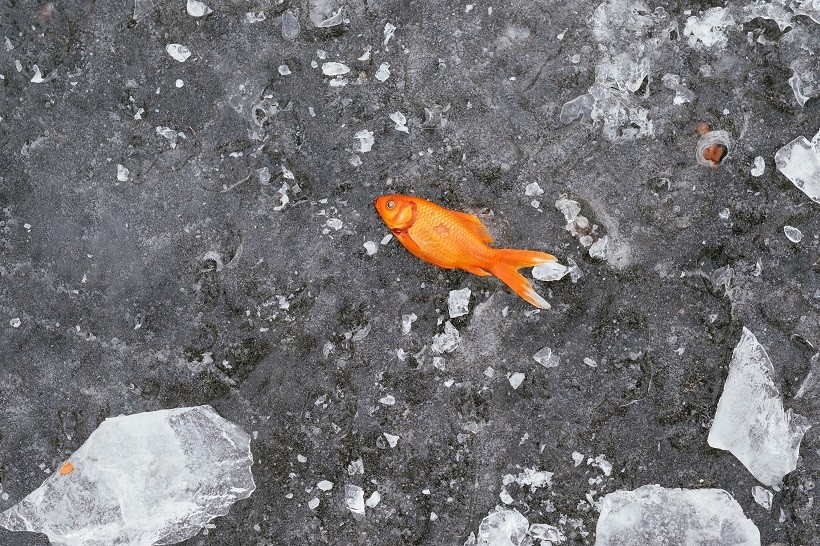 The next thing that comes to mind is what causes the fish to die in water. In that case, it isn’t because of the drowning or the water intake.

Now, you should not have an iota of doubt that fish don’t drown. However, the cause is the presence of oxygen in the water. If it is not there, then the fish will suffocate to death, similar to humans not getting enough oxygen.

There’s another possibility of fish dying in the water. Any damage to the gills affects their ability to carry oxygen. So, the fish can die due to their inability to get oxygen from water.

Why fish can’t live outside the water?

Air has enough oxygen for us, then why can’t the fish breathe outside the water? If they can live in water, then the air should suffice their needs, right?

Well, no, the gills can take oxygen from water, but they cannot do that from the air. Well, they can do it for a limited time. However, when the water runs out, the gills do not stay in their best shape. Eventually, the fish die in our world.

Ironically, this is what it’s like to be human underwater. Our lungs can only function until a limited pressure. When the water pressure increases, the lungs take damage and become ineffective.

To sum it all up, fish do not drown in water. However, they can drown due to the lack of oxygen.

Yes, but not for long. There are too many molecules in the milk that will interfere with the fish’s breathing.

Yes, they do feel pain. However, whether or not they feel emotional pain is debatable even today.

If now anyone asks you “Can Fish Drown?” you can give a comprehensive answer to him or here. If you want to read more about fishes please visit PetsHoods