Water covers 3/4th of the planet earth, and it is home to one of the most exceptional biodiversity. Among them are the different species of fishes. Fishes come in a variety of astonishing colors, a wide range of sizes, and peculiar natures. All of this makes them stand out from the living lot. Although all of them are beautiful, we have come up with the list of 5 most beautiful fish in the world. It was a tedious task to pick from over 20,000 species. Nonetheless, we have got the 5 of them for you to appreciate their charm. 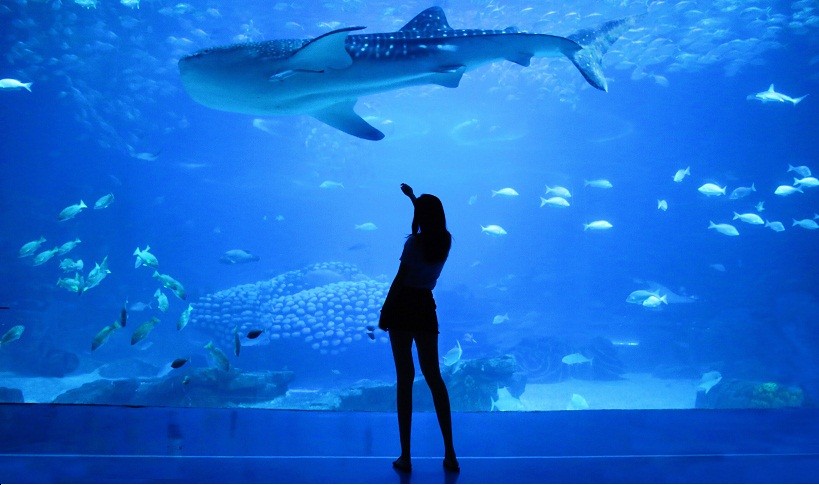 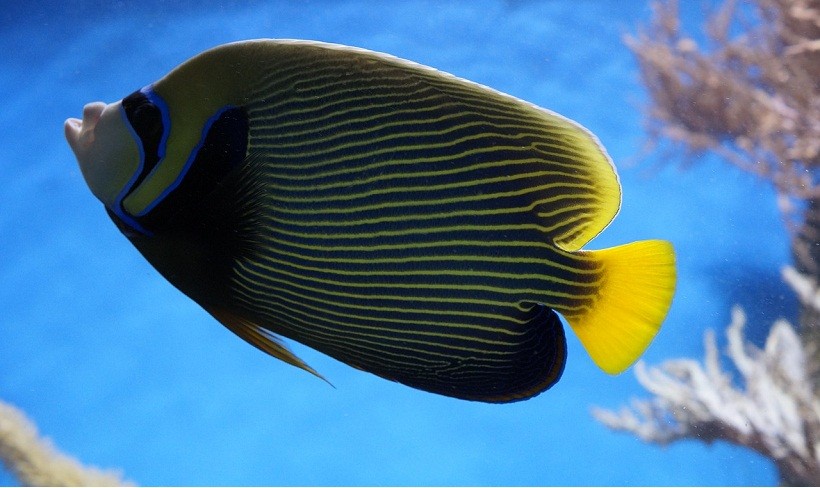 These are the fishes with unique white and orange bar patterns with blue edges. The royal angelfish is a delight to watch. However, the color can be yellow as well. It depends on the locality of the fish. So, a royal angelfish from the Pacific Ocean has a blue head, whereas the one from the Indian Ocean is yellow-colored.

To keep them in a tank, you’ll need a big one as they can grow up to 10-inches. Moreover, they need extra care to survive in an aquarium. Make sure that you change the water at least once a week. Otherwise, the pH changes in stagnant water prove to be fatal for the royal angelfish.

They are omnivores. Naturally, they feed on sponges and sea squirts. In captivity, you can feed them vegetables, shrimps, and seaweeds. 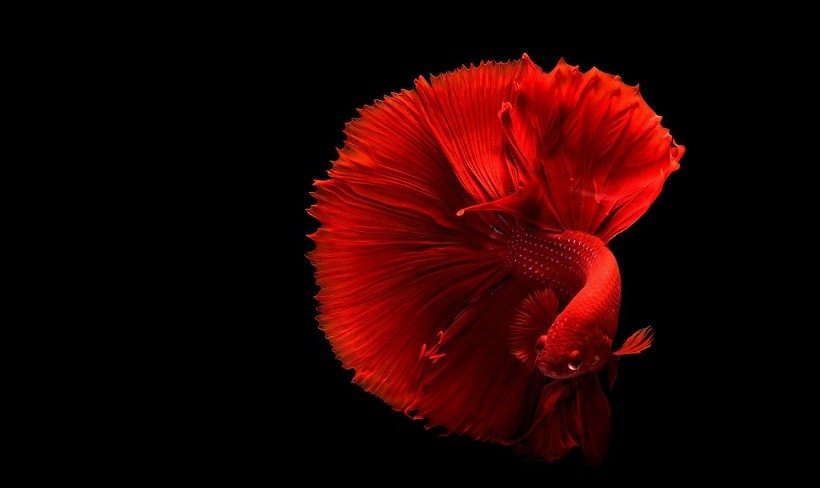 Next on the list is another betta-looking fish (pun intended). I’m talking about the betta fish. They are one of the most popular pet fishes due to their exuberant colors, the mesmerizing red, blue, green, and gold.

Siamese fighting fish is another name for these beautiful creatures. Ironically, they are quite small, usually 3-inches, but they are quite aggressive. Nonetheless, their fights are amusing to watch.

You can find them in freshwaters of Southeast Asia. In the wild, they are omnivores, eating plants, and insects. In the aquarium, you can feed them vegetables like lettuce, shrimps, or worms. It’s one of Most Beautiful Fish In The World. 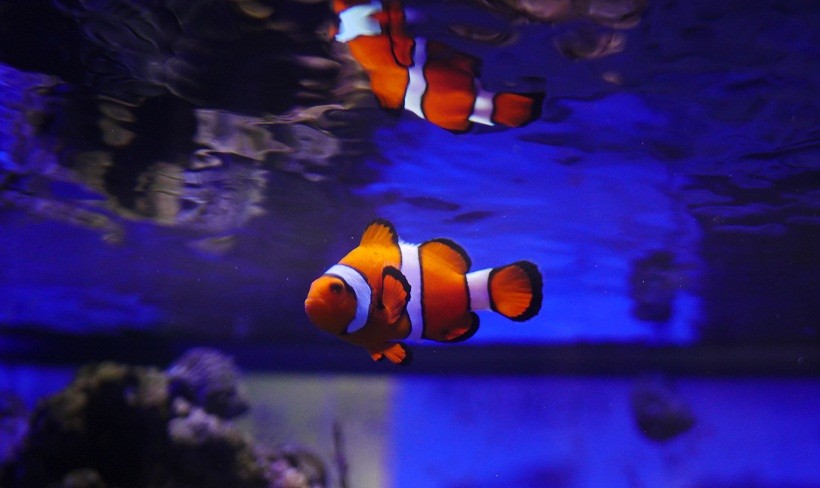 How can we proceed further without the Nemo fish? After the release of the 2003 movie Finding Nemo, the adorable clownfish became extremely a trendy pet.

We’re talking about the false clownfish, a 3-4 inch long orange fish with white bars. In nature, they live in coral reefs, and they have a symbiotic relationship with sea anemones. Hence, they have another name, the anemonefish. They are immune to the toxins of sea anemone, and they get home and shelter there.

The false clownfish are omnivores, meaning that they eat both plants and animals. If you’ve got one, then you can feed it fish foods, shrimps, algae, and flake food. 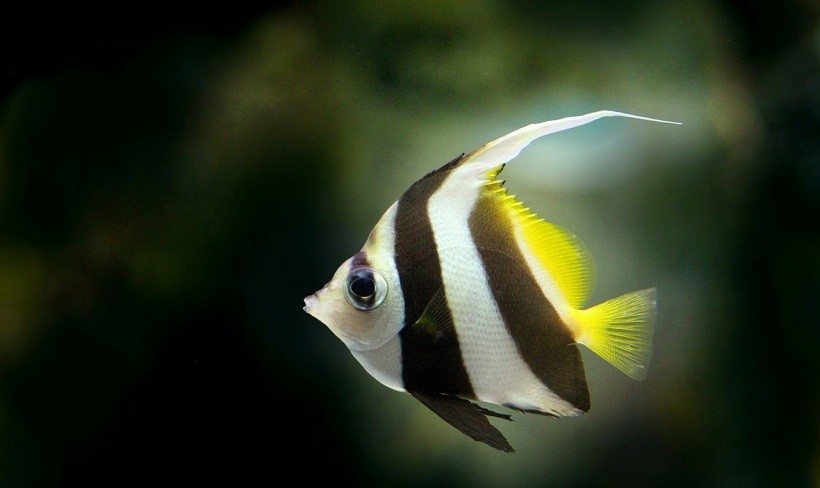 Found in the Caribbean seas and the Atlantic Ocean, these dark-colored fish with yellow flakes beam with elegance. Not only as pets, but they are also a famous delicacy in some regions of the world.

They can grow up to a foot and 3 inches. Although they seem calm, they are quite possessive about their area. They will fight other fishes for it. However, in the wild, they allow another French angelfish to tag along with them.

If you are going to keep one, then it’s best to keep it alone or put it in after the others. By doing so, it will not mark its territory. For food, you don’t have to worry that much. They can eat almost anything. 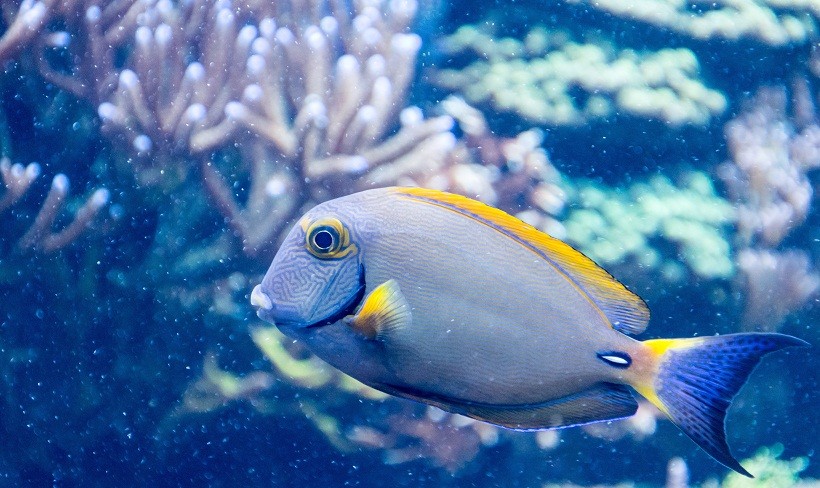 Let’s conclude the list with our beloved Dory. You can find them in the Pacific Ocean. They are a part of the surgeonfish family and critical role players in keeping the coral reefs in check.

Blue tang fish is blue, but at night it appears almost white. It has a lovely black pattern on its body and a yellow-colored tail and underside.

Contrary to what the movie shows, they have an impeccable memory. Also, contrarily, they are quite hostile.

So, to have them, it’s best to keep them alone and away from other species, especially the blue tangs.

It’s hard to say which fish is beautiful. All of them are marvels of nature. Nonetheless, we still put forth a list of the most beautiful fishes out there.

The blue tang takes away the crown because they are just adorable!

Different states have different laws for keeping a wild fish. You should check with your local wildlife agency.

A terrible fish will have a foul smell, and it will be slimy.

These are the top 5 most beautiful fish in the world. Do you want to read about Can Fish Drown?