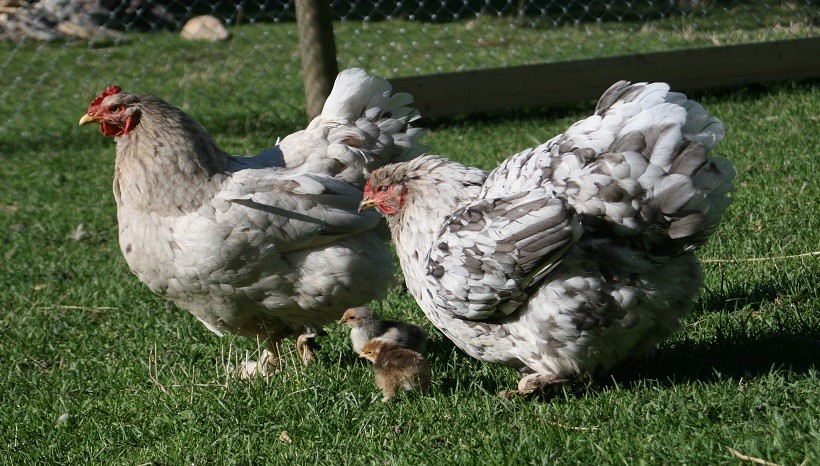 Cochin Chicken breed is the largest domestic breed and originated in the 1840s. These birds are known as shanghai birds but later on, their name has been changed to Cochin Chinas. They have large feathers and contributed to increasing the interest in poultry breeding among western countries. However, these are bred to use in the poultry exhibitions. Due to their good layer, large eggs people use for the egg as well as meat production. Moreover, they are good sitters and considered as good mothers.

This bird comes with excessive plumage which covers their leg as well as foot. However, their skin is yellow and available in multiple varieties. This chicken is known for the head to toe feathers that make it a beautiful bird. Due to their attractive appearance, people never ignore them and always remarked the cochin as a beautiful bird. They have five points yet a single red comb. Similarly, wattles and earlobes are also red. However, their eyes are golden yellow, but the beak is different from the body color. Due to their large bodies which are heavy due to feather coverage, they can’t fly and predators can easily pick them.

The cochin chicks are stunning and people love to have them. However, they don’t require any special care. The babies come in different colors according to the variety they belong to. Moreover, babies are calm and become friends in no time.

Cochins are so fluffy and covered with soft feathers. Before developing the sickles feathers they show few clues. The hen tails are blunt as compared to the rooster. Moreover, the cochin roosters are also friendly the same as a hen but sometimes get aggressive.

Blue Cochins are the rare one that comes with the gentle behavior and impressive nature. They are covered with blue feathers and have a large size that makes them notable. However, this bird also has fluffy feathers and an attractive appearance. Moreover, the bird mostly has grayish-blue color feathers, not the purest blue. It was mainly brought from China in the 1800s. Furthermore, they are considered as good layers and have excellent temperament.

The black Cochins are no doubt beautiful and unique. They have covered with the black coal color heavy feathers that make them look quite fluffy. However, this bird comes with soft feathers from head to toe. Due to the massive fluffy body, they have a bulky appearance. These birds originated in China and have been highly used for exhibitions.

They are covered with brown and black feathers and have excellently feathered legs. However, males have reddish-orange color while females come with the partridge pattern including dark reddish-brown feathers with black linings. These are the Asiatic breeds and have excellent show qualities. Moreover, female partridges have good layers, superb nature, and make good pets.

These are known as giants due to the abundance of feathers that covered their bodies from head to toe. Due to the high amount of feathering they look large or giant. However, this breed has docile nature and goes broody as well. Moreover, they lay dark-colored large eggs and make good mothers as well.

Buff Cochin is the massive chicken covered with golden buff feathers that look extraordinarily soft and look cute due to the abundance of feathers from head to toe. Moreover, the Cochins were introduced in the 1800s in China and steal the spotlight wherever they go. Furthermore, the buff cochin is large with amazing nature and produces brown large eggs.

These are one of the rare varieties of cochin chicken. This is an impressive show breed with a quiet and gentle nature. However, they show a similarity with the silver laced Wyandotte due to the silver scaling on the body. Furthermore, they have high feathers from head to toe and have good layers the same as others. Moreover, it is a good option to keep them as a pet in your backyards.

These are fluffy balls with a cute appearance and friendly nature. Due to the opposite production of feathers, these are not heat or cold hardy. Their feathers grow the wrong way which makes them a sight of attraction for so many people. However, the frizzle genes are present in so many other breeds including Pekin or polish. Moreover, this is not a breed but a genetically programmed feather type that makes them look frizzy. Bantam is the miniature size of this breed. No doubt this bird has a stunning appearance.

If we put some light on the history, this breed was bred for meat productions and ornamental use. However, with time the breeders start using them for dual purposes including meat as well as egg production. They can lay brown colored eggs and provide 2 small or medium-sized eggs per week. Moreover, their yearly egg production is 150-180 eggs. Furthermore, the people with backyard coops find them appealing due to the decent egg production per year.

No matter in which country you live the cochin is available at nearby bird stores and mainly at the bird shop. Furthermore, you can find them on sale at olx.com, meyerhatchery.com, pipinchicksilkies.com, cacklehatchery.com, and at so many other online stores of the bird.

Following are the Cochin Chicken Facts:

1. How many eggs do Cochin chickens lay?

Yes, they have good layers and go broody as well. However, most of the people keep them in the backyard due to good egg production.

3. How big is a Cochin chicken?

The cochins are large in size with the weight 81/2 pounds females and roosters have 10-11 pounds.

4. How long do Cochin chicken live?

If you provide them adequate care then they’ll live for 8-10 years.

The Cochin chicken are good pets as well as make good mothers. This breed originated from China and people love them due to the excellent looks. However, they are calm not only when but also roosters. Furthermore, you can keep them as a pet in your backyard with other birds without worrying about fight issues. However, this bird never irritates or attacks you and always stays busy in foraging or playing.