Geoffroy’s Spider Monkey other name is the black-handed spider monkey. It belongs to the New World monkey, and you can find them in Central America and a few Colombia areas. It has 5 subspecies as well. The scientific name of this monkey is Ateles Geoffroyi. In this article, we’ll share all the Information On Spider Monkeys. 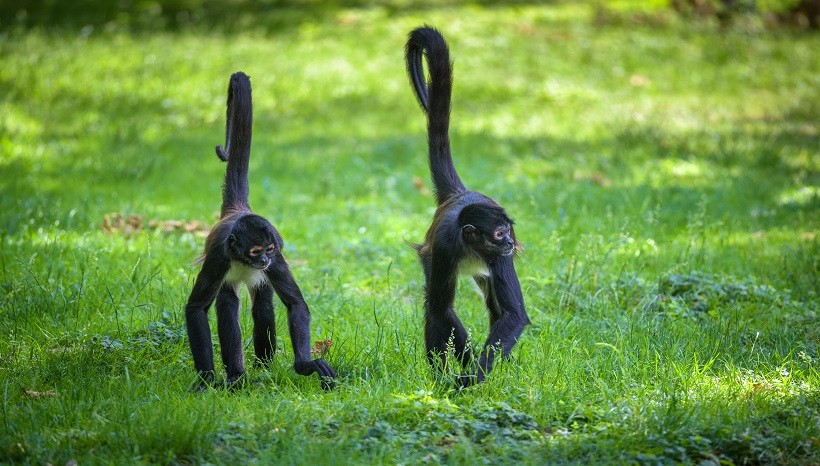 They are medium-sized monkeys with long limbs and tails. However, the tail is longer than the limbs. The monkey travels from one tree to another by using its tail. They have black hands and feet. Moreover, the monkey’s coat varies from reddish-brown, black to light buff but the infants born as pure black.

Following are the Types Of Spider Monkeys:

Spider monkeys are found in the areas of central and south America. They live in the rain forests. Furthermore, some people keep Spider Monkey Pet. Moreover, proper law in the US prohibits the individual from having a spider monkey as a pet. However, some organizations work to discourage people from keeping such exotic animals as a pet.

1. How much is a spider monkey?

2. How many species of spider monkeys are there?

We’ve mentioned all the essential details related to the spider monkey species Geoffrey. They come with a spider-like appearance and black limbs. However, one can keep them as a pet, but according to the US’s rules, it is highly prohibited.