The other name for this monkey is Barbary ape or maggot. Barbary Macaque monkey is mainly found in the Atlas Mountains in Algeria and morocco. It belongs from the Old World Monkeys. Their scientific name is Simia Sylvanus since 1758. In this article, we’ll discuss this species in detail. 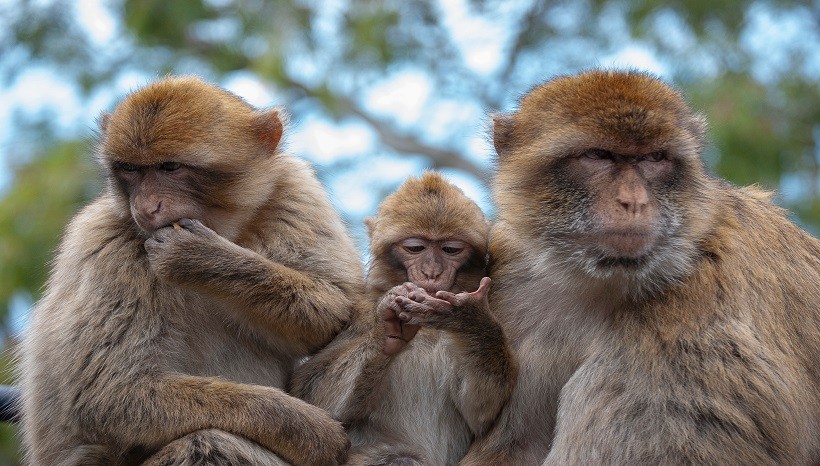 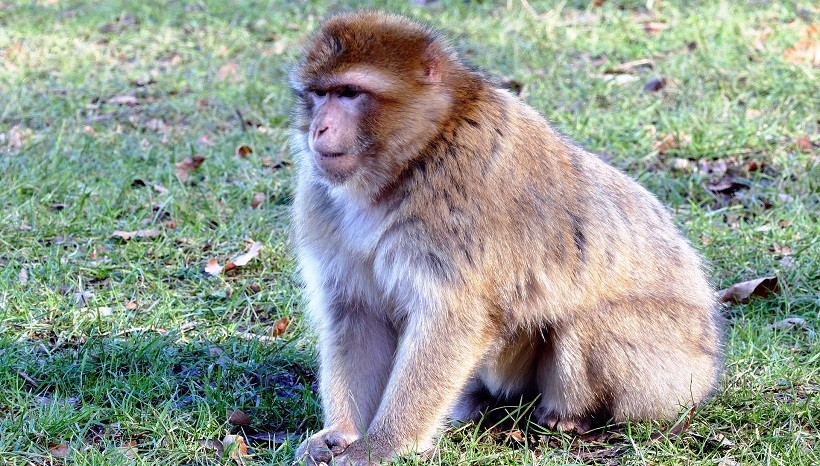 Barbary Monkey comes with the brown, yellow thick fur that helps to keep them warm during the cold winters and protect them on rainy days. Males and females are similar, but the only difference is of size. Males are larger than females. One of the fantastic Barbary Macaques Facts includes no tail on a stump hidden inside the vast fur. The monkey contains a cheek pouch where they can store the food.

They live in a large group of 25 members with multiple ranks. However, the babies’ mothers get the highest position in the group and are considered as lucky. They communicate with each other by using their facial expressions and sounds. When they get angry, the monkey stares or shows their teeth to each other. This animal maintains social connections with each other. The monkey loves to groom others as a relaxing activity.

Their diet includes plants and insects.

The male monkey can live for 25 years while the females live longer for 30 years.

The thing you might notice is that these monkeys do not have any visible tail. However, they come with the vestigial tail. That means the monkey has evolved with the tail and all, but it has disappeared as no longer required. However, their tail is hidden in the large coat.

Following are the simple facts about Morocco Monkeys

The monkey belongs from the areas of Morocco and Algeria. That’s why they are also called Morocco monkeys. This is only a species of macaque that is found outside the Asian territory. They live in multiple habitats including oak forests, grasslands, rocky, scrub, and cedar.

The male monkey’s average life is 25 years while the female Macaque lives for 30 years.

1. Does Barbary macaque have tails?

These monkeys don’t seem to contain any tail. However, the monkey comes with the vestigial tail that disappeared with time as no longer needed.

When the monkey feels threatened, they’ll bite you and become aggressive. However, if you hear any warning from them, then it will be better to stay away.

3. How did Barbary macaque get to Gibraltar?

According to the scientists, Barbary macaques were Gibraltar monkeys introduced by the Moors in 700-1492. A legend quoted that the British have control over the area as long as monkeys live on the rocks.

The monkey is considered as an ape, but they are the real monkeys.

We’ve discussed the Morocco Monkeys in detail. They are different from others due to the dense coating and vestigial tail. Furthermore, the monkeys have different voices so they can easily recognize each other.