Pygmy Marmoset monkey is from the genus Cebuella, which is a small genus of the New World Monkeys. They live in the western Amazon basin in South America. It is one of the most miniature monkeys and the smallest primates around the globe. It has an order primate, family Cebidae, and scientific name Cebuella pygmaea. The biggest threat this species is facing is pet trade and habitat loss as well. They live in a group of 6 members who communicate with each other through visual, vocal, and chemical signals. 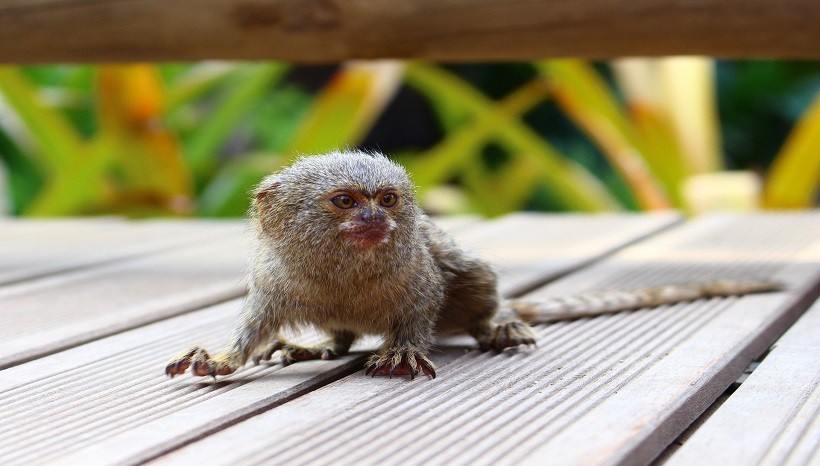 The pygmy marmoset babies are so small that one can hardly spot them. They are just one-third of a pound and 5 inches long only. The babies are born after 4.5 months. The baby marmoset starts eating when they get three months old. They first eat tree sap and insects. During the initial days, the baby rides around the back of the father, who is the family’s primary caretaker.

However, when it is time to eat some food, the father gives the baby to the mother. She will do nursing and take care of the baby’s food as well. Moreover, the troop member teaches the baby about where and how to find the food.

You can get the Pygmy Marmoset For Sale from different sites or any monkey shop nearby. However, livepetsonline.com, marmosetmonkeysfl.com, and so many other pet online shops offer this monkey at great rates.

Marmosets are mainly tropical monkeys who require a warm climate for survival. They have a habit of putting their scent marking at their surroundings. However, these monkeys are highly social and smart, as well. The monkey can learn anything quickly due to their intelligence and clever mind. However, keeping them as a pet will require legal permission. Additionally, the marmosets have a habit of living in social groups, so it is better to keep them in their habitat.

The monkey can live for 12 years in the wild.

Following are the Pygmy Marmoset Facts:

The pygmy marmoset breeders take the baby monkey too far away from their mother in the early days. There are so many breeders of this species around the globe. The cost of the marmosets is $1500-$2500.

It is necessary to place the marmosets in the safest cages, which meets the monkey’s requirement and helps in their survival. One has to get the cage, which is made up of strong material like wrought iron. Getting the cage made up of thin and low-grade material is not suitable for it. However, there are so many online sites offering such excellent quality cages in an affordable range.

1. Can Pygmy Marmoset be pets?

The monkey needs a warm climate for survival. It is one of the intelligent and sharp monkeys which can learn things quickly but get bored easily. That’s why it is not suitable to keep them as a pet.

2. What states are pygmy marmosets legal?

Following are the states which allow keeping the monkeys as a pet:

These are the exotic pets belonging from South America. The young marmosets are no doubt cute and affectionate, but with age, they become aggressive and unpredictable. However, most states allow them to keep them as a pet, but not recommended.

Yes, they can attack and bite the owners if they get aggressive due to any reason. It is better to let them live in their kind instead of keeping them as a pet.

it is the smallest marmoset and smallest primate around the globe. The monkey is quite sharp and can learn anything so quickly. However, people do not recommend keeping them as a pet due to their high care and aggressive nature. Moreover, they live in a small social group and enjoy spending time with each other. They have sharp claws that help them in digging and searching the food. Furthermore, the monkey stays quite often, but the sharp whistle sounds in danger to alert others.

Moreover, infants spend time with the father, but nursing is their mother’s responsibility; however, the activities like how to search for food are taught by the social group members. It is also known as finger monkey due to its tiniest size. They are so flexible and fast as well.